The Ford Falcon was an automobile which was produced by Ford from 1960 to 1970 across three generations. It was a sales success for Ford initially, outselling rival compacts from Chrysler and General Motors introduced at the same time. The television marketing for this model featured the first animated appearances of the characters from Charles Schulz’s acclaimed comic strip, Peanuts.

In 1963 there was now a four-door Futura and a Deluxe wagon. Futura Convertible and Futura Sports Convertible models were also included in the 1963 range. Later, hardtops, and the new “Sprint” model were introduced. Halfway through the model year (February 1963), the Fairlane’s 164 hp “Challenger” 260 CID V8 engine was offered for the first time. The Falcon was climbing in trim level from its budget beginnings, as Ford attempted to wring more profit from the line.

The only time a V8 option was available in a first-generation Falcon was the 1963Â½ model, and these cars were produced in very limited numbers. Sprint two-door hardtop (bucket seats) 10,479 produced and Sprint convertible (bucket seats) 4,602 produced). These first-generation Falcon Sprint cars were the basis for the 1964Â½ Mustangs released by Ford one year later. Many (if not most) of the interior, chassis, suspension, and drivetrain components were derived from those used on the 1963Â½ Ford Falcon Sprint and/or Fairlane models. In simplest terms, the 1963Â½ Falcon Sprint is nearly mechanically identical to the 1964Â½ Mustang while being aesthetically different.

We have a restored 1963 Ford Falcon Sprint on our showroom at Skyway Classics. It is a beautiful Red on Red Convertible with a white soft top. The red interior is spotless and perfect from the red bucket seats, red dash with all the gauges, red carpeting, console, and radio. And yes it has a 4-speed shifter sticking up out of the red carpeted floorboard.

The engine has been upgraded to a 302 V8 with a performance Holley carb, performance distributor and red spark plug wires, chrome valve covers, red flamed chrome air cleaner and much more.

This very quick Falcon sits on white letter tires and wire wheel covers with spinners, and exhaust exits thru the dual exhaust system with chrome tips, which makes it sound great but goes great too. 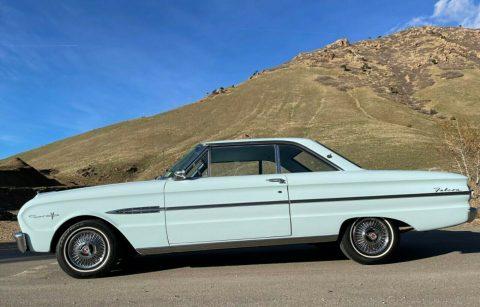 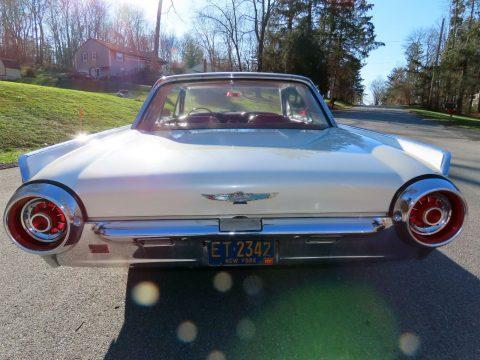 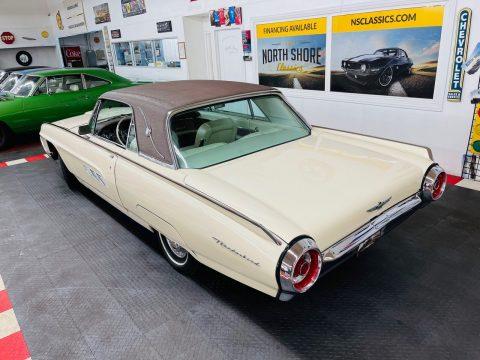 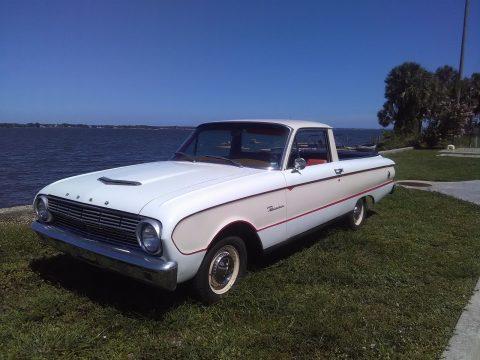 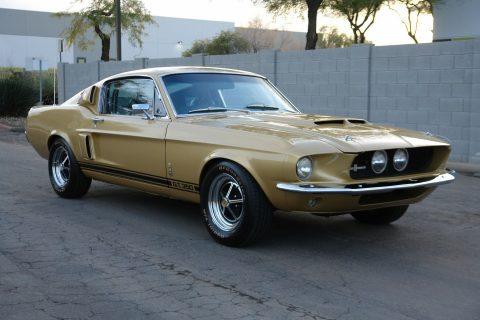