With just under 1,500 miles logged since its rebuild and featuring an attention-grabbing blue with white racing stripes paint job, as well as a great array of performance parts that make it a true blast to drive, this 1965 Shelby AC Cobra Replica stands at the ready to help create a new chapter of epic motoring adventures for its next lucky owner.

When it comes to Cobra replicas, the foundation they start with can make all the difference as to whether the end result is a well-crafted, high performance street machine or just a mere curiosity. Fortunately, this one combines an exacting build with a Shell Valley kit, a well-regarded manufacturer with more than 40 years of experience in the trade. The attention to detail really shows. It’s got a low-slung, street hugging stance that’s a great reflection of this model’s racing heritage, and the precise offset of the wheels – perfectly fitted under the fenders, without the excessive amount of tire rubber you often see jutting out – is just one bit of proof among many that this car was put together right. Royal Blue Metal paint with white racing stripes running down the center is a perfect shade for a vintage performance car like this – flashy but far from being gaudy – and the condition of the entire exterior has obviously benefitted from being sheltered during its lifetime. It’s looking good from front to back and the chrome on the bumpers, windshield frame, dual roll bars and all the light housings show no pitting or excessive wear from the elements. The chrome exhaust pipes have chrome heat shields and are a really great, custom detail, a nice bright trim for the rest of the car.

As far as interiors go, Cobra replicas are a sort of blank canvas, often with too much canvas and not enough paint. Not here. Against the fiberglas dash sporting the same blue and white hue as the exterior, you’ll see a full complement of gauges that are a perfect aesthetic fit. The black vinyl interior is looking good, as well. Bucket seats with headrests that look as fresh as you’d expect in a car with so few miles behind it. Unlike so many of its counterparts, this vehicle shows a lot of detail, even in its door panels, with a tuck and roll texture and well-crafted storage pouches actually big enough to be useful. This interior also includes a high-volume sounds system with a Retrosound Bluetooth stereo, 6 speakers and a Pioneer 300 Watt 5 channel amp.

One of the core concepts of a Cobra replica like this one is to take advantage of light body weight and a proportionally roomy engine compartment to create a power to weight ratio truly worth crowing about. This Cobra certainly holds true to that spirit, packing a 400 cubic inch stroked V8 under the hood. Professionally rebuilt by Engine House, it’s got awesome power, churning out an estimated 425 horsepower at 5500 RPM and 504 lb/ft. of torque at 4500 RPM! Bolted to a Tremec TKO-600 5 speed transmission, this is a powerplant that will not only give you a starting gear ratio for great off the line acceleration, but also overdrive to keep RPMs nice and low on the highway. Up front is a sizable aluminum radiator with a high-volume electric fan to keep temperatures down in more demanding driving conditions. The low profile of this true performance vehicle, combined with its coilover suspension, make for some serious skidpad ability, and with disc brakes at all four corners, its stopping power is exemplary, as well. 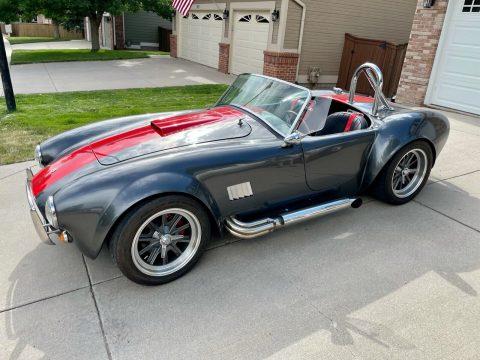 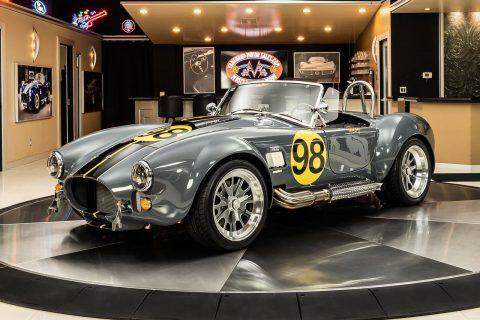 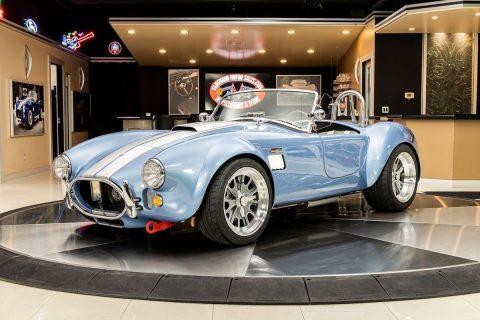 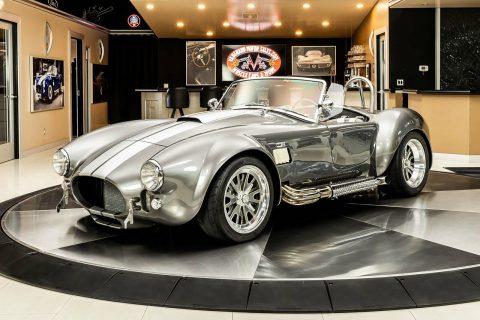 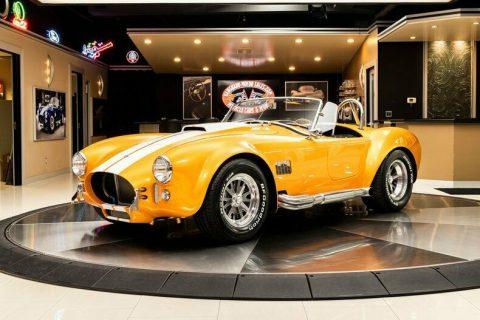